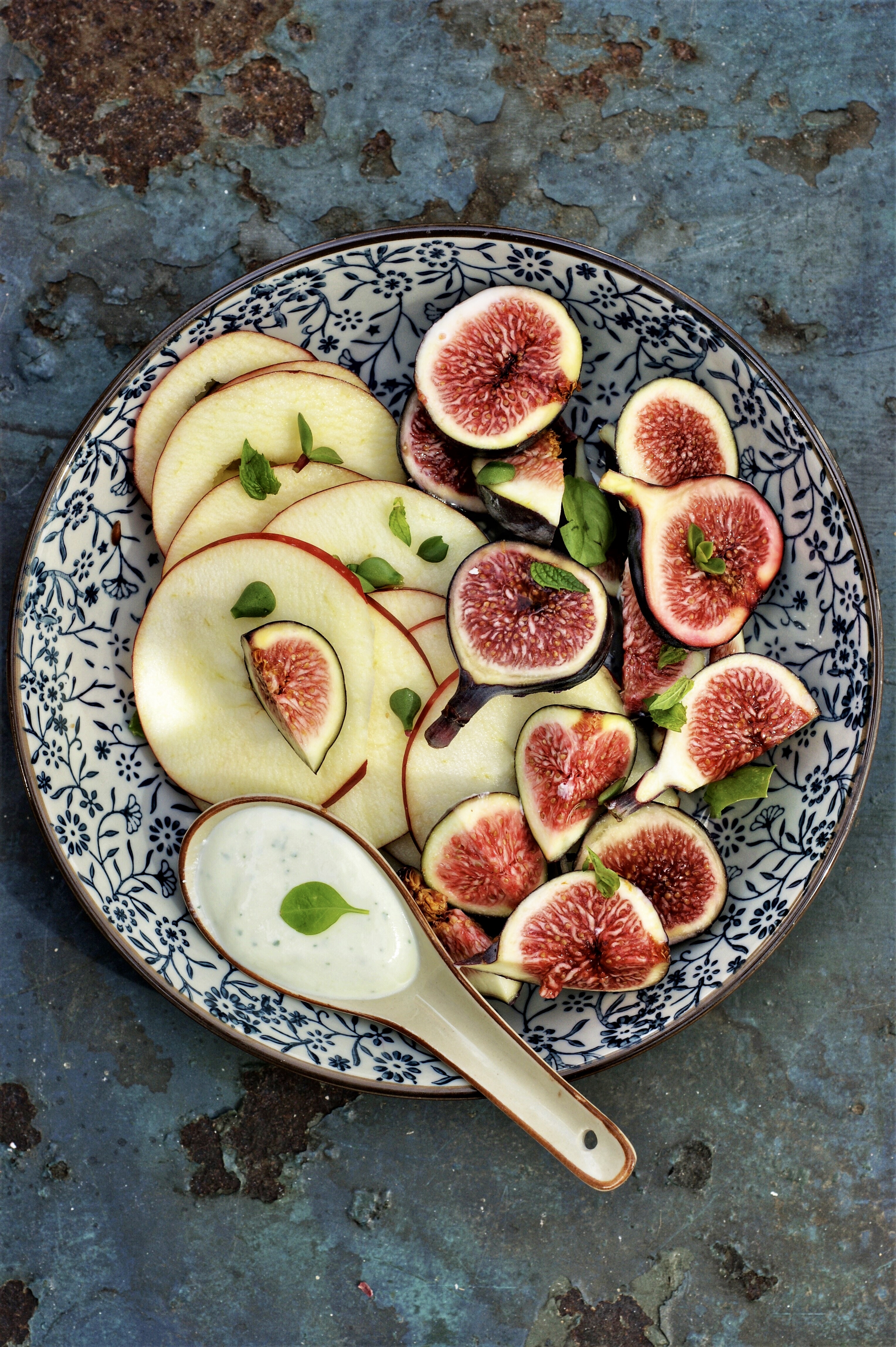 sweet omelette with figs and brandy chocolate sauce … for your #valentyn

Tomorrow is the most important love day of the year… Valentine’s day. Yes, I do make my husband supper every single night, but on Valentine’s day I try and make him something he really loves. Rick loves eggs – he can have eggs for breakfast lunch and supper – in fact given the choice I think he would eat eggs for 365 days of the year. The other thing he loves is chocolate and … figs. Tomorrow, I am going to say I love you with this sweet omelette with figs and brandy chocolate sauce. It might sound strange to think of a sweet omelette but I have to admit, it is delicious. It is simple to prepare and with a glass of bubbly provides the perfect Valentine’s breakfast…lunch or light dinner.

Figs: Fry the figs in a pan with butter and sugar until soft. Add the brandy and flambé. Set aside.
Chocolate sauce: Heat the cream and poor over the chocolate. Stir until melted and smooth. Add the brandy and stir well.
Omelette: Crack the eggs into a bowl, add salt and sugar and blend with a fork. Heat a 22 cm non-stick pan over medium-high heat. Once the pan is hot, add the butter and brush around the surface of the pan. Pour the eggs into the centre of the pan and stir vigorously with a rubber spatula for 5 seconds. As soon as a semi-solid mass begins to form, lift the pan and move it around until the excess liquid pours off into the pan. Using your spatula, move it around the edge of the egg mixture to help shape into a circle and loosen the edge. Let the omelette sit in the pan for 10 seconds without touching.
Shake the pan to loosen the eggs mixture from the pan. Add the figs and juice to the omelette. Using your spatula, fold over one-third of the omelette. Slide the omelette onto a plate and fold over the other side so that the omelette is a tri-fold. Smother with chocolate sauce and serve immediately with fresh figs and a glass of bubbles.

If there ever was anyone who knew how to lure a man, it would have to been the exotic and ever-seductive Cleopatra, the historic queen of Egypt. Let’s face it, she knew a thing or two about casting spells over men – even the most powerful ones. Neither the great Julius Caesar nor Mark Antony could dodge the Cupids’ arrows. The story goes that one of Cleopatra’s favourite foods was the fig and when planning her own suicide, she hid a poisonous viper in a basket of figs.

So, if the mighty Cleopatra could seduce men with her beauty and a bowl of figs, surely I too stood some chance of seducing my Irishman hubby. I decided I would tempt my man with red-velvet fig cupcakes.

I took a smart short-cut and used Ina Paarman’s Red Velvet Cake mix. Dividing the contents into eighteen small cupcake moulds I proceeded to insert a ripe fig in each mould and then baked it. I served these with a topping of freshly, whipped cream and red peppercorns. When I sliced the cupcakes, the juice of the ripe fig oozed out like lava and with the the cream and peppercorns caused a wonderful taste explosion in my mouth!

My little experiment based on the escapades of a young, mischievous and tempting sultress may not have been as dramatic as the Queen of Egypt herself, but I think my little love potion of red velvet cupcakes, cream and pink peppercorns had a similar intoxicating effect on my Irish Valentine.

Preheat your oven to 190 °C. Follow the cake mixture instructions on the packet. Divide the dough into 18 small cupcake moulds. Place a ripe fig in each mould. Bake for 13 minutes or until cooked. Whip the cream and vanilla essence together and spoon on each cupcake. Round things off with a sprinkling of pink peppercorns.

his and hers breakfast . french toast with figs + pomegranate + white chocolate ganache

“Heaven … I am in heaven’’ … white chocolates, cream, cayenne pepper and cinnamon. Combine some of these ingredients with classic French toast made from homemade bread and you may have to see a cardiologist after this yin and yang breakfast :-)! I used so much cream, chocolate, port, butter – all the no-no‘s of healthy eating but oh boy, did this taste like heaven!

{This delicious recipe was inspired by an ingredient list I received from Pick n Pay for their freshlyblogged challenge #6 competition.}

For this “his and hers” breakfast, I made something savoury and sweet. I used the French toast as a mutual vehicle for the two different dishes. I added figs, pomegranates, port and some basil mint that freshens and elevates both dishes (proudly out of my garden). The figs and pomegranates work brilliantly with the chicken livers (part of my have to use list) – they offset the bitterness you often find in livers and give it a crunchy texture. “Tannie Ina se bottel tomato and basil pasta sous” helped in creating a lovely rich creamy tomato sauce for the livers. And who will say no to white chocolate, figs and pomegranates?

Sometimes your kitchen is begging you to be adventurous, try crazy combinations, eat rich food and have fun – live, cook, share, laugh … life is short!

Tips for poaching a perfect egg

Use fresh eggs at room temperature.
Add vinegar to simmering (not boiling) water.
Slowly submerse the whole egg with shell in the simmering water for 10 seconds before you break it. This ensures the whites on the outside of the egg hold together better during poaching.
Give the water a stir – it forms a whirlpool with the centrifugal force keeping the form of the egg together
Break the egg in a ramekin before you slide (not throw!) the egg into the whirlpool.
Simmer for 2 minutes.

I love figs. Such an ancient fruit, yet still with us today … I also agree with the believe that figs are a symbol of abundance, fertility and sweetness. So when my eyes caught a few fresh figs on the shelf in the supermarket the other day, I had to have them and do something with them. They were dark purple, plump and looked so ripe and juicy. I had ricotta at home and I decided to make ricotta pancakes with figs. Using Nigella’s Ricotta Hotcakes as a basis I changed her recipe by adding a few spices like nutmeg, cinnamon and cloves as well as naartjie zest – which just gave it that ‘pick-me-up’ spicy-citrus flavouring.

I am also curious to dig a little deeper, and scratch below the surface when it comes to things that interest me, so I read up about figs and came across these interesting facts.

1. The Blossoms
Fig trees have no blossoms on their branches – the ‘fruit’ that we eat is the blossom and is pollinated by a special type of wasp. Many tiny flowers produce the crunchy little edible seeds that give figs their unique texture.

3. The Calorie Value
There is approximately 50 calories in one large fig.

5. Fig Puree
Fig puree can be used to replace fat in baked goods.

6. The scientific name – Ficus carica
The common fig is a deciduous tree that grows to heights of up to 6 meters in the genus Ficus, from the family Moraceae, known as common fig tree. It is a temperate species native to the Middle East.

7. The Family
Figs may not look like it, but did you know that figs are a member of the mulberry family?

9. The History
Figs are originally from small Asia and are one of the first fruits cultivated ever. The Greeks made mention of them and around 60 BC and Plato promoted the fig as being an important nutrition for athletes. A story is known of the Greek government that had forbidden all exports of figs once in order to assure themselves of a good outcome at The Olympic Games. The ancients Greeks knew about 29 fig sorts. Today there are more than 600 different fig types.

10. Idiom
English Idiom: “I don’t care a fig”
Meaning: Complete lack of concern about an event.
Origination: Probably originates from the abundance of this fruit. 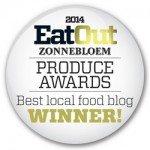